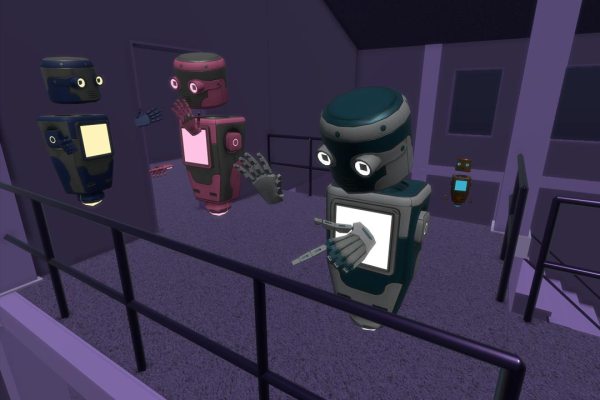 The social networking web is scary enough, but maybe chatting with friendly bots will ease the tension.

Today, Mozilla presented an overview of Hubs, an ultra-easy social WebVR experience where users can dive in with just a few clicks, share a URL, and meet other people across all platforms, including mobile, desktop, and VR.

It’s not Second Life, or even Facebook Spaces; it is quite discreet. You are just a humble robot hooked up to other robots who are hopefully your friends.

It’s true, it’s pretty hilarious how childish so many of these VR social apps look right now. Much of this is due to the marriage of PS1 level graphics and a Club Penguin social scheme. The thing that’s really tested here isn’t a realistic approach to details or clever interface benchmarks, it’s the sheer simplicity of bringing people into a social environment together and making connections easy.

The broader issues Mozilla tackles here are the same as the others, although Mozilla begins its efforts with a heavy-handed approach to cross-platform compatibility by building hubs entirely on WebVR. Mozilla says Hubs now supports all major VR headsets. Having the web as the backbone of the service is something that’s easy to take for granted, but with most VR social experiences requiring app stores and downloads, the idea of â€‹â€‹using a URL to dive into a social environment is strangely unique.

Even compared to VR itself, WebVR is in its infancy, but Mozilla continues to experiment and attract other developers. This is just an overview of the Hubs; the company intends to bring new avatar systems and tools to develop personalized spaces inside soon.