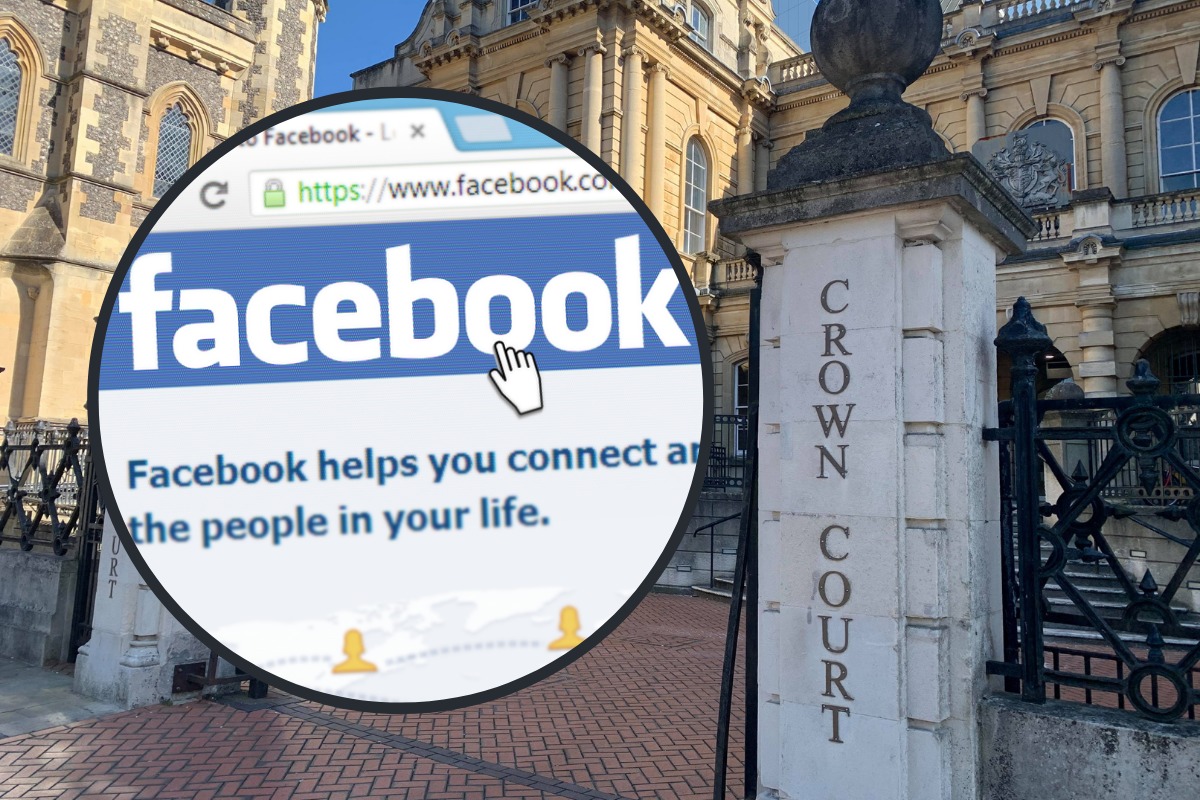 A pervert who cross-dressed in women’s underwear uploaded pictures of his friend’s daughter to Facebook and sent them to a pedophile chat room where he and another made ‘highly sexualized’ comments about her .

Steven Partridge, of Delamere Road, Earley, was spared jail in what a Crown Court judge described as an ‘unusual case’ despite his actions being described as ‘despicable’, ‘terrible’ and “disturbing”.

A court heard how the 41-year-old sent the images of his friend’s daughter and another young girl to a pedophile in a chat room after developing a fetish for women’s underwear.

When interviewed by police after his arrest, Partridge claimed that he was not attracted to young girls but was attracted to their underwear and would cross-dress in those clothes.

The Earley man, who posed online as ‘Jake Parsons’ when sending the footage, was forced to listen to the mother of the girl he posted footage of being inflicted on her during his sentencing.

The mum said he asked her to go on dates several times but she refused and said she now realizes he was “trying to get to my daughter”.

She said, “Since I got the phone call [about what Partridge had done] I felt horrified and sickened to my stomach that someone I was friends with was using these images in such a sickening way.

“I am now extremely careful about what my daughter wears. I’m paranoid all the time. I no longer post photos on my social media.

Partridge uploaded the images of his friend’s daughter after becoming friends on Facebook.

He then sent them to another pedophile who was being tracked by Derbyshire Constabulary.

It was this force that would later inform local police of Partridge’s actions and the 41-year-old’s devices were seized when officers confronted him at his home following enquiries.

The mother said she felt her daughter had been “completely raped”.

She added: “The fact that he stole photos of my beautiful daughter is absolutely disgusting and heartbreaking.

“I can’t get it out of my head that he thought it was okay to post these images knowing that these comments would be made.

“It affected my life and that of my children massively. He left me feeling overly cautious for their safety.

“It’s not going away and he should be held fully responsible.”

In defense, Michael Phillips said Partridge was addicted to cocaine and cannabis when he started sending the images to the other pedophile in December 2020.

The lawyer explained that Partridge was a transvestite who liked to dress in women’s underwear and was not attracted to young girls but to what they wore.

Mr Phillips said: ‘He thinks it goes back 30 years to a fetish he developed in relation to women’s underwear.

“He was invited to a friend’s house [when he was younger] and they were playing a game where they guessed the color of people’s underwear.

The defense reminded the judge that Partridge only sent the images to one other person rather than “thousands” in an open forum, and that they were “not illegal images.”

A court heard how Partridge also cut down on his drug use and was in therapy.

At sentencing, Judge Dugdale said the offenses were “extremely unusual” and it was “the first time” he had had to convict someone for them.

The judge said Partridge and the pedophile had a “highly sexualized conversation about what you would like to do” with his friend’s daughter.

He continued, “You used these photos for your sexual pleasure.

“You don’t expect your friends to share your images online for their sexual gratification.”

Judge Dugdale said it had been “difficult” to decide on an appropriate sentence for Partridge because there was “no guidance” and “no authority” on this particular issue.

He equated the offenses – which related to posting “obscene” messages online – to possessing the less explicit indecent images.

The judge said: ‘You are of good character and have clearly expressed remorse.

“I accept that you have sought help for your problems and have started receiving treatment.”

Partridge was given a six-month suspended prison sentence on six counts of publishing an obscene article after Judge Dugdale suggested the 41-year-old’s time would be better spent on rehabilitation rather than jail.

He was also given a suspended sentence for five counts of possessing indecent images.

Partridge will undergo a two-year rehabilitation program and will be on the sex offender register for seven years.

After being released from the dock, Partridge was confronted by the mother of the girl he had posted pictures of online.

She shouted, “She’s just a child, Stephen!” as he was escorted to a private room.

Partridge was sentenced at Reading Crown Court on Thursday September 9.

Live: The Chat Room – How skateboarding got me through tough times