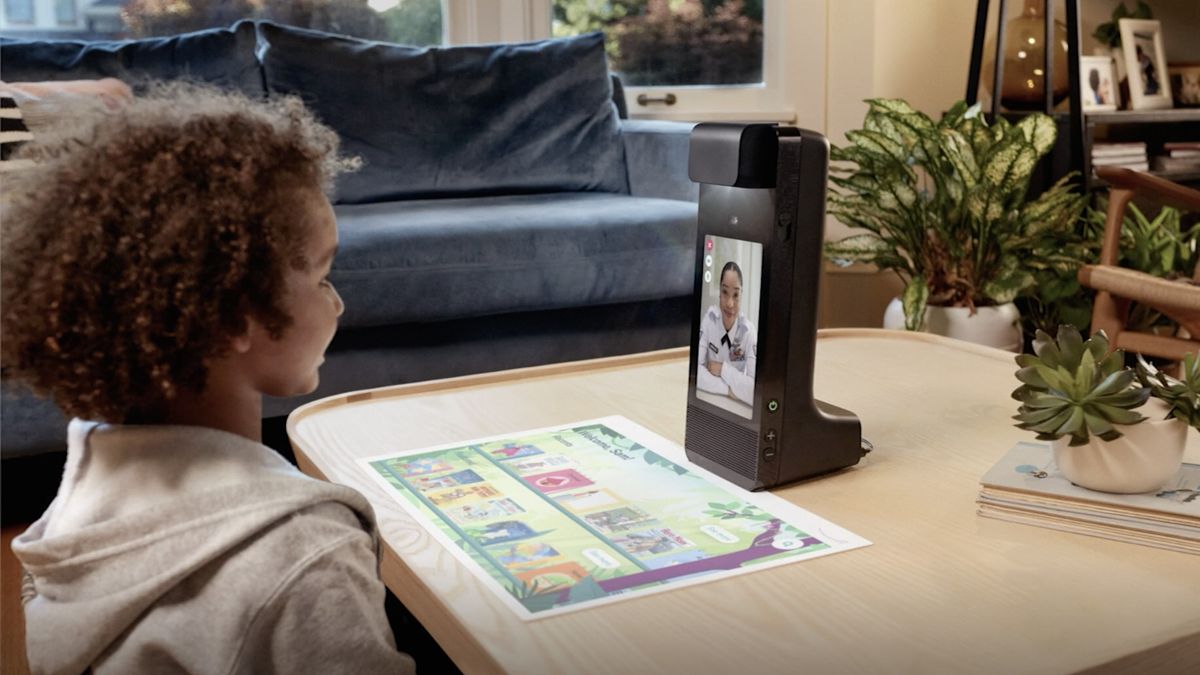 The September Amazon gadget event on Tuesday featured a brand new product for kids – and no, it’s not just a new Fire tablet. Instead, Amazon Glow is a device that focuses on video chat and family games.

With the Glow, Amazon seems to have revamped the functionality of a Fire TV tablet in a new form factor, in order to ease the frustration of young children while minimizing what else they can do on the device. The Glow stands like a cordless phone, with an 8-inch LCD screen up front for video chats, and even a built-in projector that projects a 19-inch screen onto a flat surface directly in front of the Glow.

In practice, children will start a video call and play games or interact with the person they are calling with. On the other side, parents or friends will use the paired Glow app (iOS, Android and possibly Fire OS) on their tablet to interact with the shared digital play space, which the Glow device projects in front of its user.

What can you do with Amazon Glow?

Children can use the Glow projection to read books from the Amazon Kids Plus service (the device comes with a one-year subscription) and use “rainbow pointers, spotlights, and word bubbles to more reading pleasure “, according to A press release on the new product. The shared app has a drawing space for kids and parents to use, as well as classic games like Chess, Checkers, Go Fish, and Memory Match.

Glow’s camera can also scan objects for interesting interactions, like creating a digital separation of the scan to create a puzzle to reassemble, as well as scanning old artwork for remixing and drawing.

There are also bespoke Glow Bits learning kits, which contain physical items used with the Glow device and pair them with digital counterparts used by parents or friends through the Glow app to collaborate on challenges. The first of these, Tangram Bits, comes with the Glow. Amazon will open an SDK for developers to build Glow software to a limited number of partners in 2022.

And yes, there are parental controls: kids can only call numbers and contacts that parents set up, while a big switch on the right side of the Glow allows parents or kids to turn off the camera and the microphone.