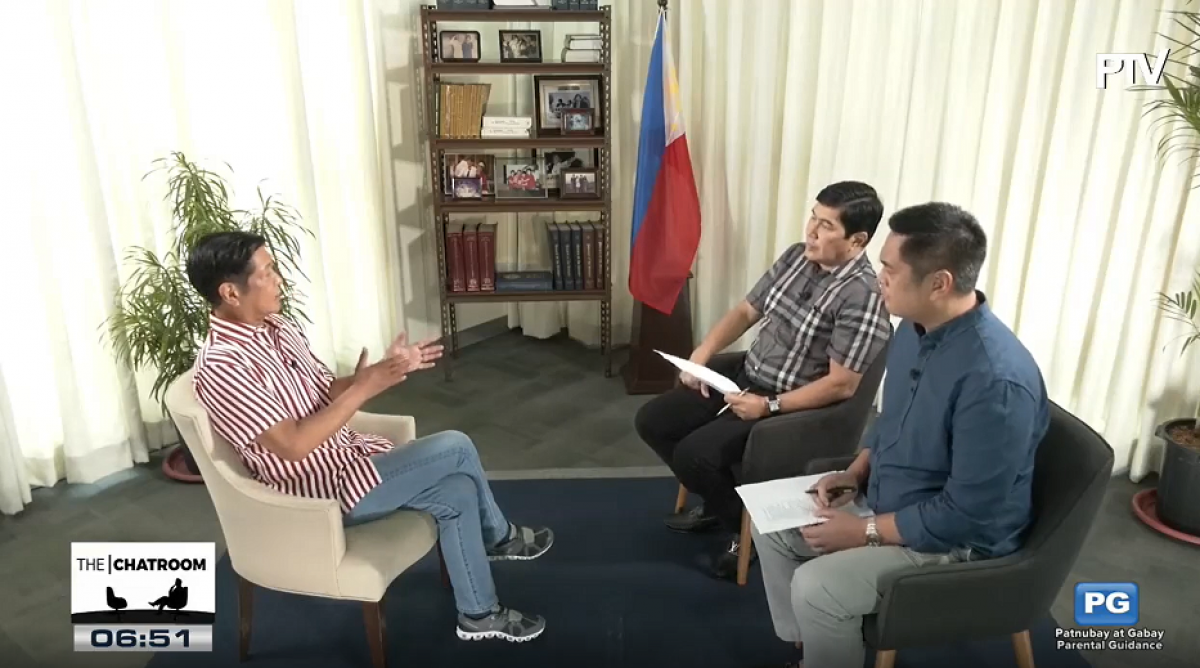 The Chat Room – BBM with Sec. Andanar and Erwin Tulfo

In the Chatroom interview with Presidential Office of Communications Operations (PCOO) Secretary Martin Andanar and broadcast personality Erwin Tulfo that aired March 19, Marcos Jr. noted that his fellow candidates were focused on aligning with the opposition while supporting the programs of the current administration.

Marcos Jr. stressed the importance of providing the public with secure jobs to bring back economic activity that can help agriculture, food supply, healthcare, as well as micro, small and medium-sized enterprises (MSMEs) to recover from the crisis caused by the pandemic.

To help the agricultural sector, Marcos will take the concept of his father’s “Masagana 99” program and modernize it to build an efficient value chain.

“Agriculture should be elevated in the next administration…for at least napapakain mo (ang mga Pilipino). We need to ensure food supply, food security and then food sovereignty,” said Marcos Jr.

Asked about the country’s healthcare system, Marcos Jr. admitted he was unhappy with the government’s response to the pandemic, saying the government should have focused on building centralized hospitals and units regional health.

“I think there are certain sectors of society that believe that is the case, and we need to look at that very clearly. But for now, the best we can do is I think the enforcement is much more important than the actual sentence,” Marcos insisted.

Meanwhile, in response to controversies thrown at the former senator, Marcos said critics should put an end to his family’s controversies, noting that it doesn’t address the issues that really matter. (JAFD/PIA-IDPD)