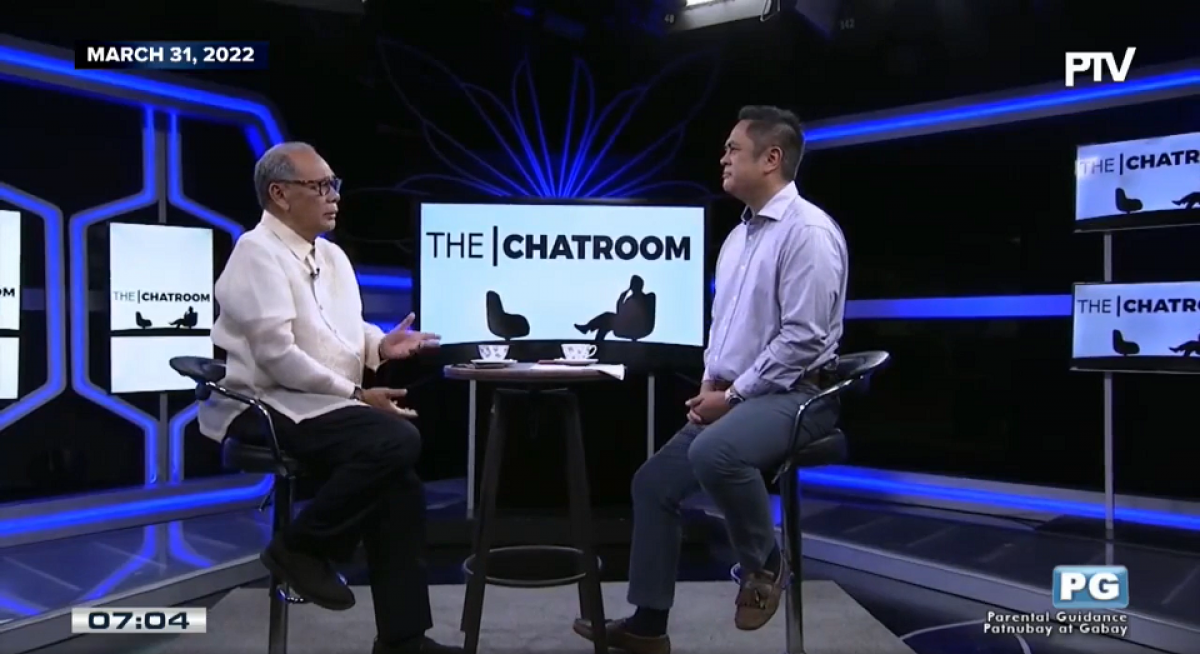 QUEZON CITY, (PIA) — Former presidential spokesman Ernesto Abella is portraying himself as a leader with integrity in his bid for the nation’s top job in the 2022 polls.

In the Chatroom interview with Secretary of the Presidential Communications Operations Office (PCOO), Martin Andanar, aired on April 2, Abella said he was an institution builder and had the ability to start afresh from zero. He will rekindle the gap between the poor and the rich if he ever wins the 2022 election.

As a former Undersecretary of the Department of Foreign Affairs (FDFA), Abella wanted the participation of ordinary citizens in governance. Under his admiration, he assured the public that he will create a just, peaceful and joyful country.

Abella explained that an independent foreign policy essentially means being friends of all and enemies of no one. Under this policy, the primary consideration will be the interests and welfare of the Filipino people and it will help the government build an internal structure that will stimulate economic activity in the country.

In order to solve hunger and alleviate the suffering of 12.5 million Filipinos, Abella will push to make agriculture a mega-industry.

“Dapat tutukan talaga ang agrikultura, instead of ignoring, I-build natin s’ya into a mega-industry. In order for us to increase the incomes of the rural population, it stands to reason that we cannot go wrong” , Abella said.

Asked about the education system, Abella stressed the importance of strengthening science and technology, engineering and agriculture. He believed that with these foundations, the government could produce competitive, productive, and job-ready students.

Abella briefly discussed his views on several issues such as supporting the digital economy, investing in cryptocurrency, fighting COVID-19, reserving the country’s natural resources, involving of values ​​on same-sex marriage and the weighing of the complications of divorce.

By ensuring sustainable economic growth amid the unstable global oil supply, Abella encourages Filipinos to work hand-in-hand with the government to develop more renewable energy. He also urged the public to place more value on environmental goods and reduce the use of fossil fuels.

Abella stressed that he would not step down from the presidential race, saying he had a vision for the country.

“The way I look at it is that I have a vision and I don’t think it’s just for the vision, and just for the choice that I made if I just give it up for it because that I don’t think the keystone is these candidates,” Abella added. (JAFD/PIA-IDPD)

What to know about debt consolidation offers